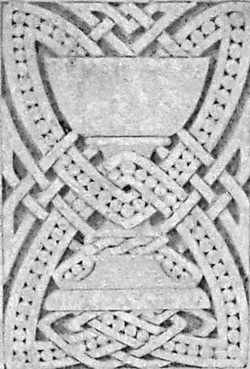 Chrétien de Troyes perhaps did more than any single writer (except possibly Geoffrey of Monmouth) to popularize and transmit the Matter of Britain to later generations.  In particular, Chrétien is known for having invented -- quite likely singlehandedly -- the genre of the Arthurian romance.  Details of Chrétien's life are foggy, and he cannot be definitively identified with any known historical person.  (Sarah Kay points out how very little we really know about Chrétien's identity, let alone any fuller details of biography.  His name might even be a pseudonym: "The Christian from Troy.")

Still, whoever Chrétien was, he was certainly active as a writer in the 1170s and 1180s, and probably a bit before that as well.  This has led scholars to suppose that he was born around the year 1140 (give or take ten years), and his name indicates that he hailed from the city of Troyes in the French province of Champagne.  Troyes at the time was famous throughout Europe for the market fairs it hosted every summer, and some scholars, most famously Jean Frappier, have supposed that the cultural exchanges that these fairs facilitated were impetus enough to feed Chrétien's creative endeavors; certainly the tales of Arthurian heroes that were circulating orally all throughout Europe at the time would have found an audience in the champenois fairs.  However, Chrétien seems also to have operated outside of his home city.  By the 1170s (and quite likely earlier, as Constance Bullock-Davies argues), Chrétien had acquired some considerable learning as a clerk and had probably found his way to England in the service of one of the Plantagenet courts.  His two earliest romances, Erec et Enide and Cligés both display a knowledge of English geography (especially of the Channel, the southwest, Oxfordshire, and Wales) that would have been difficult to obtain without first-hand experience. 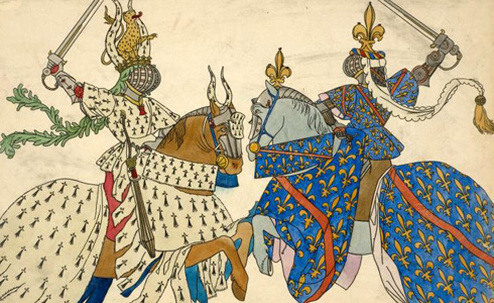 By some point in the mid- to late-1170s, Chrétien had found his way back to the Continent to the court of Marie, the Countess of Champagne.  Marie was the daughter of Eleanor of Aquitaine, the queen of England, and it may perhaps have been Eleanor who recommended Chrétien to this new position.  Chrétien seems to have found in Marie a ready audience for his Arthurian romances: not only was Marie already a patroness of other poets and writers (such as Andreas Capellanus), but she also seems to have evinced a particular interest in stories of King Arthur and his knights.  Chrétien admits that Marie directly commissioned him to write his Chevalier de la Charrette (a.k.a. Lancelot); his romance Yvain was probably also written for Marie at more or less the same time.

By the 1180s, Chrétien had found a new patron, Philippe d'Alscace, the Count of Flanders, for whom he composed his Conte del Graal.  Since Philippe died on the Third Crusade in 1191, scholars place the date of composition of this last romance a few years earlier, roughly 1188-1190.  Indeed, although it is unfinished, the Conte del Graal seems to adumbrate themes that would orient chivalry away from secular affairs and more toward the spiritual concerns (symbolized by the elusive Grail) that would be consonant with a crusade.  It is unknown how and when Chrétien himself died, but we suppose it to be around 1190, as he never completed his final -- and what some call his greatest -- work.