The Ebstorf Map is a fine example of a mappa mundi from the High Middle Ages.  It was produced probably  in Germany in the early thirteenth century.  Its creator may possibly be the writer and courtier Gervase of Tilbury, an Englishman working in the court of the German Emperor whose book Otia Imperialia engages in geographical survey and is particularly interested in monsters and marvels.

The map was about twelve feet by twelve feet.  It perhaps was produced at the Benedictine monastery at Ebstorf, Germany (not far from Hanover).  It exists today only in facsimile: the original was destroyed in the Allied bombing of that area in World War Two.

For a more detailed discussion of the Ebstorf Map, see here. 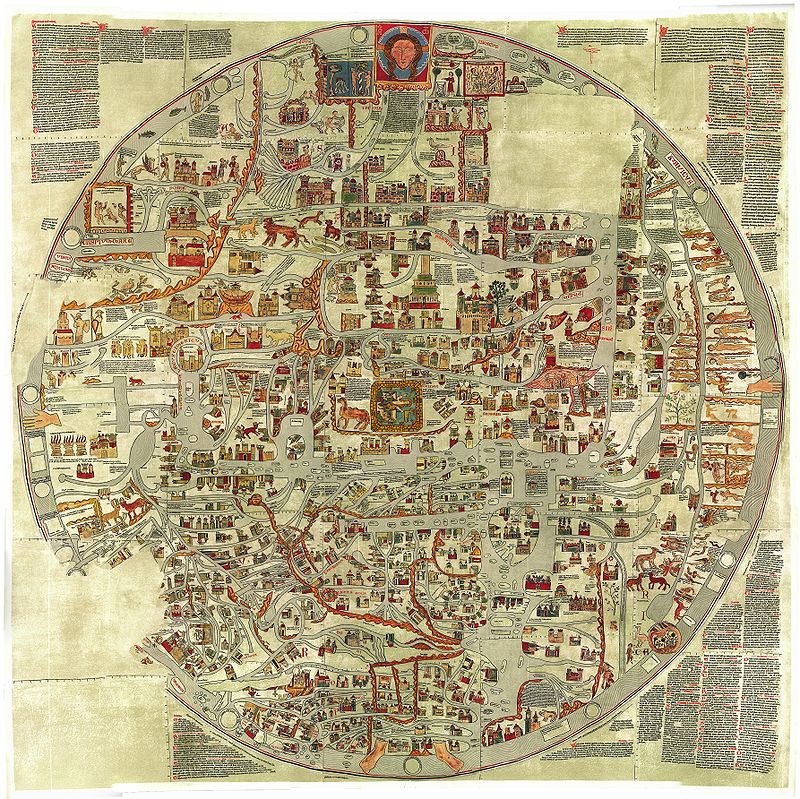